About Saut
About Down Syndrome
Families
Educators
Healthcare Professionals
Get Involved

We are the first to design and implement a specialized early intervention and educational program in the Arabic language. We have helped thousands of students in the Kingdom of Saudi Arabia since our inception and we have also trained hundreds of teachers and specialists and caregivers to enable them to apply these programs at the highest level. 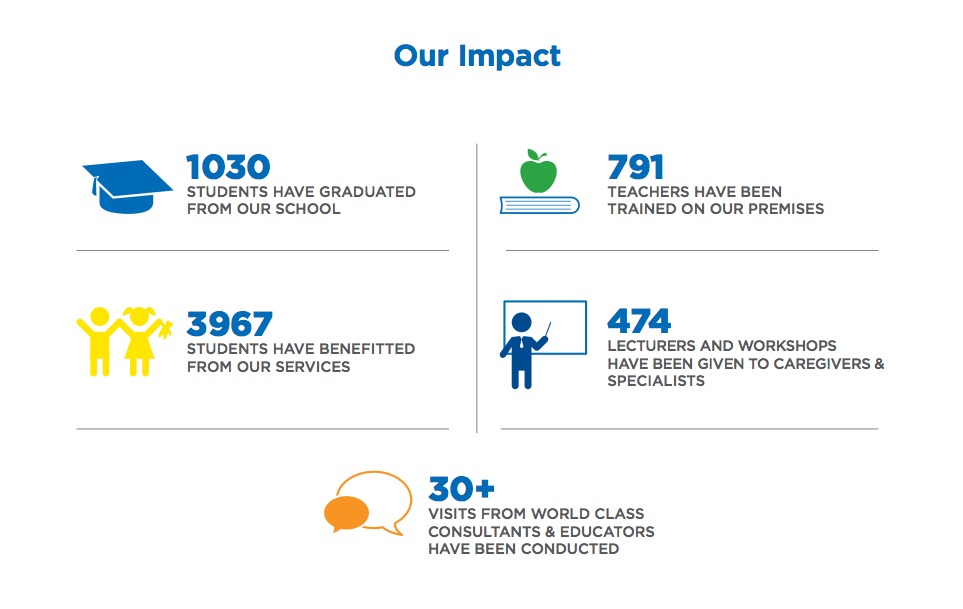 The society has made a huge effort to generate awareness among the community about Down syndrome. In 2012, we waged a nationwide campaign in celebration of World Down Syndrome Day to achieve this goal. As a result of our efforts and accomplishments we have received accolades and awards including:

The Saut Reading Program that is implemented at the Mohammed bin Naif bin Abdulaziz Schools for Down Syndrome received the prestigious Princess Seetah bint Abdulaziz Award for Excellence in Social Work.

After just 4 short years of being an independent society, we were singled out by one of the most discerning foundations in the Kingdom for our service to individuals with Down syndrome and their familieWe are proud to be recognized by KKF - a leader in the fields of philanthropy and social development in Saudi Arabia.

The 2010 Down Syndrome Research and Education Award